Is it for you?

Like buying a house, finding the perfect van can be an overwhelming undertaking. With all the options, it's key to find the right vehicle that fits your needs and lifestyle.

Ever since the 1950’s, Volkswagen has been making vans that people have been living and traveling out of. Every generation of the Type 2 van has it’s own community of die hard fans. The original T1 and T2 (sometimes called a VW-Bus or Kombi) are what you think of when you hear “hippie van”. The third generation of the Type 2 is probably one of the most sought after campervans. You’ll here people call these a Vanagon. There’s a popular variant of these Vanagons that have been converted to have a camping layout complete with a bed, kitchen and often a pop-top roof. These are Westfalias or “Westy” for short.

These are typically full-size cargo vans that automakers have converted to accommodate family camping and road trips. They’ll often have a bench seat in the back that folds down into a bed, some cabinets, large windows with shades and some dated decals on the exterior. Most will have high-top roofs installed. 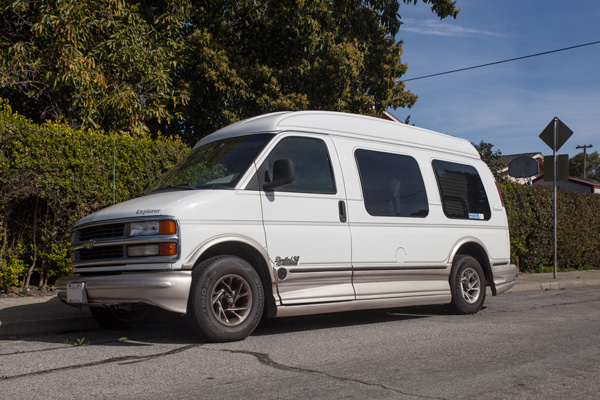 The go-to ride for a road-tripping family of five.

My van of choice. A true blank slate. There are two main types of cargo vans that come from manufacturers. Passenger cargo vans have windows and several rows of seats, while panel cargo vans have no windows and (sometimes) metal shelving in the back. Cargo vans can vary drastically in size from compact to extended length. They are also the go to van to have converted into hardcore, off-road campers called “Adventure Mobiles”.

It should also be noted that there has been a push in recent years from car manufacturers for more Euro-style cargo vans with tall, human-height roofs. Unfortunately, it will be a while before these vans show up regularly on the used market at a price most can afford. 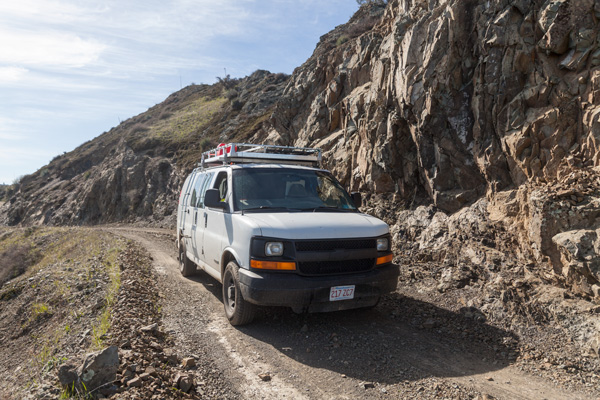 After all my research, the robust flexibility of a cargo van made it an easy choice for me.

While the name of this site is The Vanual, most of this advice will work for anyone living a mobile lifestyle—regardless of vehicle. And the world of camper conversions can encompass just about any vehicle. Some will slap a camping unit in the bed of a pickup. Others have built a mansion of sorts inside an old box truck or school bus. And of course there is also the massively expansive RV market. 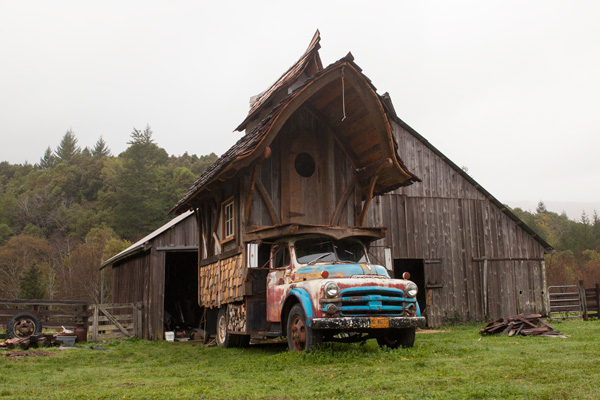 Found this guy tucked away on a farm in California. Apparently the truck doesn’t run and is used a permanent guest home.

Since most of us can’t afford to buy a new vehicle, the used classifieds will become your best friend. When you’re buying a used van there’s a couple things to keep in mind that will save a lot of headache and heartache later on.

Avoid a car that was used anywhere near salt. This means salt water, salt flats or salt put on roads to melt ice. Since salt is corrosive many of these cars will have rust. You will want to avoid rust like zombies in the apocalypse. You’ll be battling it until the end of van’s rusty life.

Low mileage is your friend. The less miles on a van means more miles you’ll be able to drive mostly trouble-free. Finally, get the van checked out by a mechanic before buying. The last thing you want to be doing is finding out something is broken later on and spending the money you could spend on your conversion on vehicle repairs.

It should be noted, that all of this advice I did not follow myself and came to regret at some point later on. Please learn from my many mistakes :) 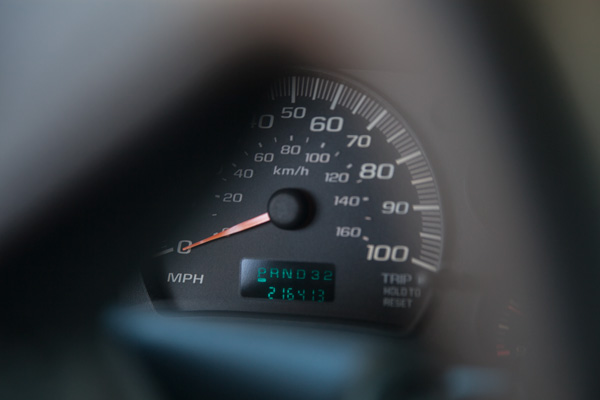 I bought my van with over 200k miles on it. A number of miles that some cars won’t ever see. Let’s hope the risk pays off and my ride can hold itself together for a couple more years.